What harms girls is to deny them their rights

*Sam is a 12 year old in year 7, attending a private P-12 school.  While at primary school, Sam had the option of wearing a gender neutral uniform, and she wore that every day. In addition, outside of school Sam wore shorts and pants only, and had not worn a dress since she was 6.

That all changed however when Sam started high school. She was forced, alongside all the other girls in year 7, into a dress. The problem is, Sam doesn’t want to wear a dress, and feels extremely “wrong” when wearing one.

Sam’s mother wrote to us at Girls’ Uniform Agenda outlining how, since starting high school, she has watched her “beautiful girl question everything about herself and who she is to the point where she has had all her hair cut and is now presenting herself as a boy. I’m sure the requirement of wearing a dress is not the only reason she is going through this. However, the dramatic and unpredicted change occurred right alongside school commencing. The physical anxiety it caused her to walk out the front door every morning in that dress was enormous”.

Why do schools do this to young girls? Why are the voices of so many girls, over so many decades, continually ignored in the struggle to wear comfortable clothes at school? Why is it unacceptable for girls to wear shorts and long pants at school, when we see them wearing them everywhere else in their lives? What makes the school yard some sacred ground where girls no longer have rights and their wishes can be so thoroughly ignored? 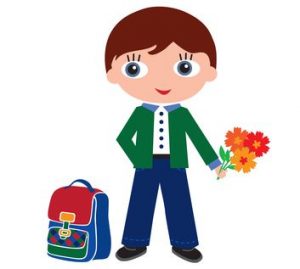 Sam, it turns out, was granted “special permission” to wear the sports uniform of shorts and polo shirt every day. Hooray, we may say. Well, I wouldn’t. She was only granted this after her psychologist provided a letter saying that this was important for her mental health. Seriously!!!

A psychologist was required to write a letter about a young person’s mental state before a school would allow her to wear a pair of shorts to school every day. She can wear shorts before school, after school, on the weekends, at parties, at beaches, and in theatres. But if she wants to wear a pair of shorts at school, she needs to have a psychologist say it’s crucial to her mental state.

As it is perfectly acceptable for girls in Australia to wear shorts and pants wherever they like outside of school, principals must justify why they keep preventing girls from dressing this way in the school yard. Sam should not need a psychologist to justify why she needs to wear shorts; the desire to wear shorts is not abnormal or harmful.

What is harmful to children and young people is forcing them to conform to restrictive gender stereotypes, and indicating that their behaviour is so abnormal as to require a psychologist’s explanation. Sam is not abnormal for wanting to wear a pair of shorts at school, but refusing to allow her to do so is discriminatory and harmful.
*name changed for privacy reasons