The Top End is Top for Uniform Choices for Girls

The Northern Territory (NT) has excellent school uniform policies! I‘ve just completed a review of uniform policies of all Catholic, Independent, and Public schools in the top end. And what I found was exciting, wonderful and progressive. 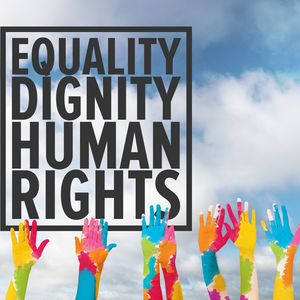 Most schools in the NT do not list pants for boys or girls on their uniform list. However, we did often see photos on school websites of students in pants, and when a school did list pants as an option, they were always available for both genders. The Northern Territory is hot, and pants are not likely to be worn regularly. Our analysis of school uniform policies in the Northern Territory focused on whether or not schools allow all students to wear shorts.

Let’s break it down more closely by schooling sector to understand how well the Northern Territory is doing.

You read that correctly; in the Northern Territory they are doing what no other state has achieved – letting girls wear shorts to school like the boys alongside them.  We, Girls’ Uniform Agenda, are suitably impressed! Isn’t it wonderful to know it can be done? At primary and at high school. There is not a single Public school in the Northern Territory that forces girls to wear skirts or dresses.

There are a total of 15 Catholic schools in the NT, and all have a uniform. We found the uniform policies for all 15 online. We are very pleased to report that 14 of the 15 schools allow girls to wear shorts. The one school that does not allow shorts did allow girls to wear skorts. However, boys are allowed to wear shorts at this school. It seems like an unnecessary distinction to make girls wear skorts, when a simple pair of shorts will do. We did contact this school and ask them to add shorts for girls, however we did not receive a reply.

The Northern Territory has a total of 20 Independent schools, of which 17 have a uniform. Of these 17, we found the uniform policies of 13 schools online (6 primary and middle schools, 3 secondary schools, and 4 P to 10-12 schools). Of the 6 primary and middle school uniform policies we found, 5 allowed girls to wear shorts. One school still forces its middle year female students into skirts. We emailed this school to ask about their policy, and were informed that they have added shorts for girls in the middle years, and were currently updating their uniform policy to reflect that. Brilliant news!

When looking at the 3 secondary schools, 2 allow girls to wear shorts, while one forces girls to wear a dress in summer. In winter, girls have the option of a skirt or pants, however they explicitly state on their uniform policy that pants are not to be worn by girls for formal occasions. Boys at this school have the choice of shorts and pants, and there is no stipulation on what they must wear for formal occasions. We emailed this school about their policy, and were told that, “We are currently in the process of changing our uniform to make it more equitable for all students”. Let’s hope this means shorts for girls, and a removal of the ‘no pants for formal occasions’ requirement. We will be checking when the new policy is released.

When looking at the 4 uniform policies found for P to 10-12 schools, 2 allow girls to wear shorts. One school requires girls to wear a skort and does not have a short, dress or skirt option. We contacted this school and they replied stating that girls would be able to wear shorts from 2019, and they were currently in the process of updating their uniform policy to reflect this. Wonderful!

One school forces girls from preschool to Year 2 to wear a pinafore (like a dress) and blouse. Girls in year 3 to 5 can wear culottes and a blouse. Girls in years 6 to 9 wear skorts and a blouse. Girls in years 10 to 12 get shorts and a top. It seems ridiculous that shorts are not offered to all girls, but particularly those who are very young. Expecting girls who are very young to dress themselves in a pinafore and blouse, and then spend all day being restricted by this uniform, is unacceptable. We contacted this school about their uniform policy but did not receive a reply.

The NT Is Almost There 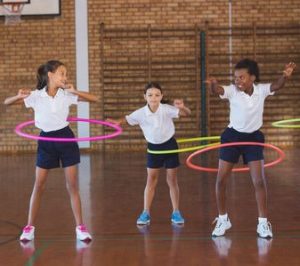 The Northern Territory is doing well with its uniform policies for girls, particularly in the Public and Catholic school sector.  There are two schools in the Independent sector that need to change their uniform requirements.  The NT is so close to being the first state to offer all girls the choice of pants and shorts.

If you have children at any of these last remaining schools please email or call the principal of the school and make an appointment to discuss adding shorts for girls. Use the many resources on our website to make a case as to why choice for girls in school uniform matters. Please get in touch with Girls’ Uniform Agenda so we can work together to get this changed.

With so many schools in the NT offering excellent uniform choices for girls, there is no reason for two schools to hold their girls back with out-dated, gendered uniforms. Let’s get this changed so we can make the NT the state to celebrate for offering 100% of its female students appropriate uniform choices.