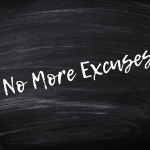 As 2019 takes off, we’re all still thinking about whether we should make new year’s resolutions and what the year ahead holds.  Here’s a reminder of the reasons we’ve heard for refusing girls the choice of pants and shorts.  If you’ve been thinking about doing something, or been put-off by your school, get in touch and get connected to your state rep.  If you’ve had a success, make sure you let us know, you can inspire others to do the same.   Making sure girls have the choice of pants and shorts for their school uniform is a good action to take up in the new school year. We’re here to support you in your efforts and to let schools know that their excuses are just that, excuses.

Let’s revisit that extremely LONG list of excuses that are given for refusing girls the options of pants and shorts for their everyday school uniform. Let us know if we’ve missed any.  Thanks to our UK Sister organisation, TrousersforAll, for the original call out – we’ve included their followers’ comments here too.  Seeing the ‘reasons’ in black and white shows their absurdity and the huge preoccupation with what girls look like!

*  Categorising is not an exact science, there’s arguments for many reasons to be included in multiple categories. This has been simplified to minimise the tedium.

Need to get used to it / Prepare for the future, looks like:

It would be great to not have to make 2020 the Year of the Pants and Shorts.