Today, I share Caitlin’s story, her voice and her impact at the age of 11.

I could drive a Ute at 6, yes 6. A bit later a tractor, a semi-trailer, I could water ski, hold my own at tennis, ride a horse and motor bike, whatever I wanted.

In 2017, my daughter Caitlin is an 11-year-old girl who loves to climb trees, shoot hoops, draw, read, cart wheel around the garden, and hang off monkey bars.

It is who she is. At home, she has lots of choice.

But what about choice when it comes to school?

And still I remained silent

I made it clear to her that she could defy the school policy and wear the sports uniform of shorts every day, and I would handle any backlash. So we hid under the radar for 5 years. I made hiding her only choice.

I heard and saw my daughter’s conflict as she knew she was breaking a school rule. I saw her concern for others, I saw her fear and I saw her silence.

I saw and felt my 8-year-old self. I remembered my fear, my anger and the message that I was passing on to my daughter, that silence was my friend.

It was easy to be angry for my daughter. Yet, I was angry at my silence, my compliance and mostly my adult choice. I was complicit to the contradiction, bias and silence. 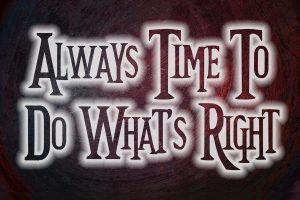 In term 1 in 2017, I pledged out loud to my daughter (and my 8-year-old self) that her school uniform policy would change to one of choice. I promised no more silence and contradiction. I made a choice.

As life would have it, in term 2 in 2017, the NSW Minister for Education Rob Stokes stated to the media that, “It’s bloody ridiculous [to require girls to wear skirts or dresses]. Girls should have the option to wear shorts or pants as uniform to schools if they want to. It’s just common sense”. His voice made it clear there should be choice. That each school could, and should, make the change.

Caitlin’s need was simple, like every other girl. She wanted to be able to choose any uniform item that she felt comfortable wearing. She wanted to wear her school uniform proudly and not be at odds because she was breaking a rule; a discriminatory rule that needed to be broken. She wanted to know that everyone in her world was entitled to choice.

Yes, by the end of 2017 her school uniform policy has been changed and now includes choice. It was straight forward to get the changes through. It was unanimously agreed by a whole lot of caring adults, leaders and parents who had choice and had a voice – yet had all been silent.

I made it clear to my daughter that the power of her words were responsible for the change.
That she has impacted her school forever. That she was responsible for changing a legacy of silence and compliance. Last night I looked my 11 year old in the eye and told her “you did this.”

What did I learn and what can you do?

I reflect and wonder. I’m proud of my daughter, yet not of myself. There is simply no good reason for the time it took. Why does this situation, of forcing girls to wear dresses and skirts to school, without the choice of shorts and pants, still exist? Because when we do nothing, it’s a choice we let our girls live.

So the change is made but the reality for Caitlin is that this milestone of choice is short lived.
She starts high school in one year and yes, the schools policy is “a dress” with no choice of shorts and pants, because she is a girl.

So the story of a girl with a voice and lack of choice continues.

You may ponder – how can you help?

Boiled down this is about the power of a girl called Caitlin who has a voice and, for the next 12 months only, has a uniform policy based on choice. Caitlin and I will work to have her high school’s uniform policy changed next year, so that she, and all the girls at that school, understand that they have the right to choose shorts and pants if they want to.

Caitlin will fight for change because “it’s simply wrong” to refuse choice to girls, she explains to me. And she’s right. It is.