Sarah and her daughter’s story 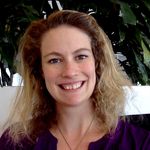 In South Australia, state schools are expected by the Department of Education and Child Development (DECD) to provide students with a choice of uniform including all options for boys and girls. My daughter originally attended our local state school, and at that school she did have uniform choice. However, due to a variety of reasons she moved at the end of last year to a private school.

The first thing I realized at this private school was that the girls were all in pinafores or skirts on formal school uniform days, and boys all in trousers (winter) or shorts (summer) on formal school uniform days. I was shocked watching my daughter come down a slide, and hang upside down on some bars. I realized immediately that she should have the option to wear clothes that allowed her this freedom of movement, and the opportunity to not flash her underwear if she chose.

At this stage she was 6 years old, and not yet concerned about this, however I recognized that the time would come when she would be; I did not want her active play or comfort in the classroom when seated on the floor to be hindered by this self-awareness.

I contacted the principal of her school in April 2017 about these concerns, and outlined that for gender equity it was important that girls be afforded the option of trousers and/or shorts in their formal uniform options. I am pleased to say that the principal responded extremely positively; she worked very hard to identify suitable alternatives for the girls.

Just this holiday we have had trousers introduced for the girls, and I am confident short options will be made available before summer uniform time comes, once the principal has identified a suitable option. Some inequity remains, in that the girls’ trousers are currently more costly than the boys’ trousers, and the school still specifies that girls require the dress/skirt options for formal occasions.

However, I was impressed by the school’s response to my concern and that options have been introduced. Nonetheless, I will continue to fight for this equity across all schools in the state of South Australia. While state schools can be pressured to provide options for girls due to DECD’s policies, private schools are exempt from these policies. As such, the fight goes on.