As a researcher, I value evidence when considering my position on important issues. Recently, I had the pleasure of reading a Masters of Education thesis completed in 2016 by Hayley Johnston-Coutts called Gender and school uniform: a case study in fairness and equity.

When participants were asked if the students were comfortable in their winter uniform, the majority of participants (65%) thought that the boys and girls were not comfortable, and that boys were probably more comfortable overall than girls. While it was acknowledged that the boys had complained of being cold and uncomfortable in the blazer, it was stated that the girls hated wearing the stockings, were often cold, felt the kilt was too heavy and restricted their movement, and that the wind caused the kilt to reveal more than the girls wanted revealed.

Playing freely and using the facilities

When participants were asked if they believed that the children could play freely in their formal uniform, 80% believed they could not. Of all participants, only two Parents believed their children could play freely in their uniform (their children were boys). While two statements were made in relation to boys inability to play freely (including the tie as a choking hazard, and the pants having no stretch), 13 statements were made that indicated challenges in play for girls (including modesty issues, won’t swing on monkey bars, stop being active and just sit, kilts are too big and heavy).

When participants were asked whether they felt that all students were able to access the College facilities (sports ovals, playgrounds, sports equipment), 55% of participants felt that students were not able to access these facilities due to their uniforms, and most indicated that accessing resources was more difficult for girls than boys. One parent commented that, “well I know for a fact [my daughter] won’t go on the monkey bars in a dress because it’s hard to swing upside down in a dress and keep yourself nice, private”.

Interestingly, the independent private school where this study took place had extensive and well maintained facilities for students to use. One must wonder why the school would have these resources, and then require their students to dress in a uniform that prevents the students from using them? Only 10% of participants felt that the children could access and use these facilities. While parents may be impressed with the top notch facilities private schools offer their child, their existence is completely negated if the children can’t actually use them due to a restrictive uniform. This effect is compounded if the parents have a daughter. 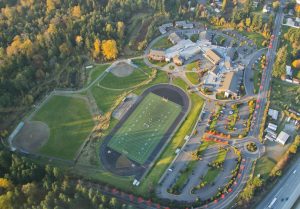 Parents were asked whether they had any difficulties getting their child to wear the school uniform. Four Parents (50%) said they did have problems while the same number said they did not. Of those who did have problems, the main reasons offered were because their son hated wearing the tie, and their daughter hated wearing the kilt. One parent remarked that, “she just doesn’t like the winter uniform, she doesn’t like the skirt. She’d much rather wear shorts or pants. I don’t think it’s a fashion choice, I just think she doesn’t like the kilt”.

A similar pattern was found with Teachers, with half acknowledging they sometimes had problems enforcing the wearing of the uniform and half saying they did not have any problems.   A key problem mentioned was that some girls would wear the sports uniform far more often than they were supposed to. As the sports uniform consists of shorts, it may be that girls are wearing this uniform as a way to be able to wear shorts to school.

Due to the large amount of time spent on policing uniforms in schools and the seriousness of punishments often given to students who transgress uniform rules, the College Executive and Teachers were asked how important they thought the uniform was to the College focus of “Learning that Matters”. On a scale of 0 to 10, with 0 being least important and 10 being most important, most Executives and Teachers (67%) rated the uniform between 3 and 4, indicating that they felt that the uniform was largely unimportant when it came to learning. It appears that those in schools realise that uniform does not correlate with student learning, despite this often being put forward by schools as a valid reason to enforce uniform compliance.

Concerns about the uniform

All participants were asked if there was anything that concerned them about the school uniform. While the biggest concern was the quality of the formal uniform (despite it being very costly it did not seem to last), the second biggest area of concern was how the uniform affected female students. Many participants commented that the girls’ uniform was see-through, and that the girls felt very self-conscious (and some were distressed) in the dress and kilt. While schools often argue that a uniform creates a sense of pride and contributes to higher levels of self-esteem, this cannot be the case for girls who feel self-conscious and distressed when wearing their uniform.

Participants were asked what they would change about the uniform if they could change anything they liked. The most common response was that they would let the girls wear pants. The College Executive in particular outlined that the uniform was too formal and restricted the students’ childhoods. It seems that all participants felt that the College uniform did not suit the needs of the students and needed to be changed.

Overwhelmingly the problems are faced by the girls

This research highlights that while many problems were identified in relation to the current school uniform, the restrictions, discriminations, comfort issues and challenges were largely borne by the girls. As children spend a large portion of their week at school, there is a responsibility on schools to encourage uniforms that allow for vigorous activity. Where schools insist on female students wearing dresses and skirts, they undermine the ability of their female students to engage in such activity. Further, they increase the likelihood that their female students will feel self-conscious, an outcome that undermines their confidence and ability to meet challenges head on. As only female students have to deal with the plethora of issues that result from being forced into skirts and dresses, schools who enforce this uniform code are engaging in sex-based discrimination. As Hayley Johnston-Coutts, the researcher responsible for this study argues, “schools should be places of learning and discovery, not sites of gender discrimination, social indoctrination and …re-enforcers of stereotypical social norms” (p. 57).