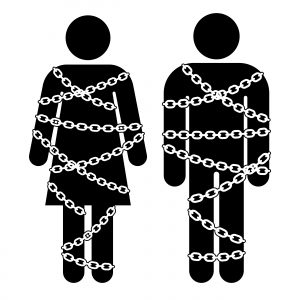 While we all have opinions about school uniforms, and the impact they may have on girls, it is fascinating to read scholarly research in the area.  Recently, I read a PhD thesis completed in 2015 by Dr Sue (Susan) Bennett of Deakin University called Gender Relations in Elite Coeducational Schools.

This research involved three elite coeducational schools in Melbourne, Australia.  It included interviews and informal conversations with staff and students; and observations in classrooms and during lunchtime and extra-curricular activities. Dr Bennett’s main focus was on whether these schools were continuing or challenging traditional gender hierarchies.  Her work provides a fascinating insight into the role of school uniform in maintaining long-held gender norms.

In the three schools studied (given pseudonyms of Treetops College, Melville College and All Saints College), the girls formal uniform was a dress in summer and a tunic or skirt in winter. Boys wore a shirt, and shorts or trousers. In two schools, girls had the option of grey trousers. Each school also had a sports uniform that included shorts for both genders and Treetops College had a unisex sports tracksuit for winter.

While at both Treetops College and Melville College the girls had the option of wearing grey trousers, this option was almost universally ignored. Bennett noted that at Treetops College:

“I did not see any girl wearing the grey school trousers and many students were unaware that this was even possible” (p.272).

The fact that many girls at this school were not aware that they had the option of trousers is important. While school leaders often indicate that girls simply do not wish to wear trousers, it is important to realise that the ‘option’ of trousers is sometimes kept quiet.

At Melville College, Bennett noted that one Year 10 girl consistently wore trousers. This made this girl stand out, as she was the only one on a campus with approximately 500 girls enrolled.

In order to understand why so few girls were wearing trousers, Bennett engaged a number of girls in conversations. Unanimously, the girls provided negative commentary on the wearing of trousers, including: They’re uncomfortable; Just make them comfortable; They’re really ugly; Yeah these are ugly; They’re weird, and They’re yucky

Bennett noted that while the girls clearly did not like the trousers, this was largely because they were the same as the boys trousers. The girls commented that the trousers were: Too boyish; They’re like guys’ pants; You feel like a guy if you wear the pants and It’s a boys uniform.

This sense that the boys’ trousers were only for boys was reiterated by the Year 8 boys at Treetops College. When asked about the girls’ refusal to take up the option of trousers, the boys acknowledged the issue of gender confusion stating: They probably don’t want to look like boys; Classified as a guy thing; Because they might look like guys.

Many of the girls in Bennett’s study thought that if the trousers were girls’ trousers and they liked them, they would wear them. They needed to be comfortable, stylish, [personally] fitted like jeans and a decent colour.

However, the girls were not optimistic that trousers that met their criteria would be an option. As one Year 8 girl at Treetops College said, “But I don’t think they’ll make them”.

At the third school, All Saints College, the girls did not have the option of wearing trousers as part of their uniform. When it was raised by the researcher as a possibility, the first response from the girls was positive. However, this was quickly followed by a reality check, with a student commenting:

The Problems with School Dresses

While the girls were largely united in not wanting to wear the school trousers, they commented that they rarely wore dresses or skirts out of school, preferring jeans and girls’ pants. The girls also noted that wearing dresses and skirts was problematic, with girls at all three school articulating disadvantages, including often being cold and the constant risk that skirts would reveal their underwear. One girl said:

“It’s so bad having a skirt because if you run too fast your skirt goes up and the wind blows, actually you’re really restricted like you can’t do anything, like you can’t do sports and stuff if you have a dress on.”

A further challenge for the girls at Melville College was that power and internet outlets for laptop computers were on the floor, under the desks. This meant that to plug in their computers, students had to get down on the floor and reach under the desks. For girls wearing skirts this presented a challenge. Bennett observed “girls being on their knees, one hand trying to plug in to the outlet and the other behind them pulling down on their skirt to try and make sure there was no hint of underwear.” (p. 274)

Girls at school should be free to focus on their learning, not required to constantly consider the issue of modesty and immodesty.

At Treetops College part of the PE/sports uniform was a unisex tracksuit. It was described by students as comfortable and Bennett noted that students appeared to take any opportunity to wear it in preference to the formal school uniform. On the day sport was held students would wear their tracksuits all day.

Interestingly, when it came to the sport/PE uniform, wearing the same tracksuit as the boys did not bother the girls, as the tracksuit was viewed as genuinely unisex.  As such, the wearing of the tracksuit did not mark the girls as boys.

Bennett argued that school uniforms are a powerful gender marker. They conform to the traditional gender stereotypes, and are a constant and highly visible marker of gender difference. As long as schools continue to enforce that boys must wear trousers and shorts, and girls must wear skirts and dresses, we will continue to see the confirming [of] traditional gender identities [that] have implications for how girls are treated, viewed…and how they are able to move (Happel, 2013, p. 94).

The continual reinforcement of traditional gender identities is harmful to children, and in particular to girls. I’ll leave the final word to Mary Barry, former CEO of Our Watch, the national organisation to prevent violence against women and their children, who wrote in The Sydney Morning Herald on March 28, 2017, that:

“Continuing to enforce limiting clothing regulations on girls is one of many ways they are reminded of their unequal status. It is seemingly “small” issues like this that, taken together, create a broader landscape of gender inequality across our society.  But we can change this, a refreshing new approach to uniforms is just one example of how small changes can have a big impact, helping to break down restrictive stereotypes and enabling all children to be free to discover the world without unnecessary barriers. What better place to start than in schools? And what better time than now?”