Prep started for our daughter without much of a fuss. Our once shy little girl was delighted to be starting school and off she went full of beans on her first day. She made lots of friends – both boys and girls. Soccer became a regular lunch time activity.

Half way through the year, in the midst of a Melbourne winter, Asha began asking “Can I wear pants instead of this?”, pointing to her winter tunic. The morning dialogue continued over the winter months.

“Why does my best friend get to wear pants and I can’t?”

“I can’t keep up when we play soccer now”

Initially Asha accepted that the rules are the rules and the tunic is the uniform that is set by the school for girls. But it just didn’t make sense to her 5 year old brain. Mum wears pants to work. My female teachers wear pants. Half of my friends wear pants. But I can’t. Why not?

Because you’re a girl. 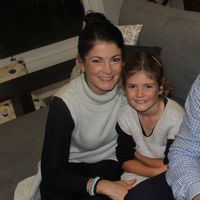 BECAUSE YOU ARE A GIRL. Despite it being the year 2015 at the time, this was, and still is, the only honest answer. The statement that goes against the grain of what most of us try to teach our daughters. That they are equal, that they are important, that they can be active and that they have a voice. Not just that they are pretty and should sit politely in their dresses.

My daughter, like many other girls, simply wants the choice to wear pants like half of her peers, with the warmth and freedom to be active at school and travelling to/from school.

In early 2016 the school was approached. Evidence as to why it is important that girls are given the option of wearing pants was presented. The school said no.

The #girlswearpantstoo petition was born.

This petition obviously struck a cord. Now with 18,600 signatures it was the catalyst for the school changing their policy and allowing girls to wear pants. I wouldn’t say they have embraced the change. But still, there is now choice.

Now 18,500 people didn’t sign the petition for one little girl to wear pants to school. In fact the purpose of the petition was always to lobby for legislative change.

I am staying true to that mission. With discussions progressing at state and federal levels this is something that I am determined our future generations of girls will not have to fight for.