My name is Lisa Chin and I am a strong independent thirty-something woman. This is why I care about girls’ school uniforms.

When I began high school at Bray Park State High School north of Brisbane in Queensland in 1993 the uniform status was like this:

As a bit of a tomboy I was used to wearing shorts at home but skirts for school were seen as the norm and I wore them because I had to. I had been forced to wear a dress in primary school; something that I had loathed.

As a teenager I did not have a high level of confidence in myself or my body, and wearing skirt made me feel as if I was on show. Any time I sat down I had to think about whether my underwear was showing; was the position ‘modest’ enough or did I need to change how I was sitting? If it was a windy day it was even worse. 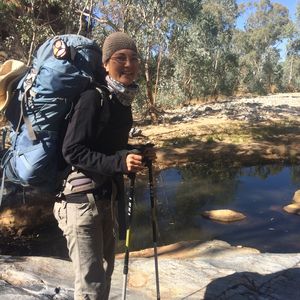 Bray Park State High School was a relatively new school and there was good dialogue between the school council (student representatives) and school administration. I wasn’t involved in the discussion myself as I was only in year 8, but I remember that by the time I was in year 9 or 10 the  students had lobbied successfully for girls to be able to wear shorts as part of their sports uniform. They also lobbied successfully to change the uniform so that all students wore grey shorts/skirts/trousers instead of brown for the juniors and grey for the seniors.

I remember that from the moment we could wear shorts at school that was all I wore. My mother never bought me another netball skirt and unless we were required to wear a formal skirt I wore shorts every day. Not only was I more comfortable at school I was more comfortable getting to school on public transport and I felt more confident moving around and sitting down.

It is extraordinarily important that all girls in all schools be offered the option of shorts and pants as part of their every day school uniform. This is important for:

While I do not have children myself many of my friends do and at all of their schools shorts are an option of the school uniform for their daughters; most of their daughters choose to wear shorts the majority of the time. It is archaic to not offer girls an options to wear short/pants at school. Particularly when professions, such as nursing that have in the past required women to wear skirts, now allow women to wear pants if they want. As a woman I wear pants/shorts more often than skirts and dresses; this is my choice and entirely acceptable in current society. There is no reason that girls should not have a similar choice when choosing what to wear to school.