“No-one has ever asked before” – calling BS!

We at Girls’ Uniform Agenda have heard from parents around the country who have been fighting for shorts and pants for girls at school over many years.  Female activists have noted that “the quickest way to silence a mouth is to treat it as if none have come before”. Principals use this ploy regularly, and tell girls and parents that no-one has ever asked before for girls to be allowed to wear shorts or pants.

In doing so, they leave girls and parents wondering if what matters to them has ever mattered to anyone else, and then doubting whether they are being just a little crazy for caring so much. We know that many girls for many years have asked for the right to wear shorts and pants to school. This issue has mattered, and continues to matter, to many, many women and girls.

We detail some of these voices here, using comments we have received via direct email communication or via social media. Do not let anyone tell you that you are the first to ask.

We have received many comments from women outlining their frustration that girls are still not allowed to wear shorts and pants to school, particularly after they themselves faced this struggle in their school many years ago.

Protested, wore pants, got suspended 40 years ago. Disappointing that it is STILL an issue.

As someone who fought to have pants for girls put on the school uniform in 1985 (we won and it’s still there) I find it absurd that we are still having this conversation. I turned up at my daughter’s school and the girls studying agriculture were trying to garden in long, lined skirts in the middle of winter.

I held a petition at my school in 1996 for pants because I was freezing in those big old halls with no heating… And wanted to play sport at lunch… I got nearly 100 signatures and they still didn’t let us wear pants. To this day the compulsory uniform is a dress / skirt.

Many of the comments we hear from parents are about concerns relating to the ways in which skirts and dresses restrict girls’ ability to engage in exercise. Women remember the restrictions they endured due to their own impractical uniforms, and they see their daughters becoming less active.

Considering how much money [is spent] and the number of programs set up just to keep 10+ year old girls active, this seems like such an outdated tradition!  Remember how we’d have to wear bike pants and hitch up our skirts just to kick the football at lunch?

I felt totally inhibited by my uniform at school. I hated that I had to watch how I sat or moved whereas boys didn’t ever have to. I wasn’t particularly sporty but I just wanted to have freedom of movement. The summer tunics were always uncomfortable too.

At primary school (in the early 90’s) when I could wear pants I played football, soccer and basketball with the boys during lunch. When I went to catholic and independent secondary schools we had to wear heavy wool tunics or long dresses and I was forced (like all girls) to do not much at lunch other than sit and talk.

I finished in 92, and the only non-skirt option at my school was brown corduroy trousers, winter terms only. I was the only girl out of 500-ish to wear them because I hated skirts, and only lasted a year before I gave in. The sport uniform was a fitted teeshirt, briefs and a netball skirt, no shorts allowed. It was a direct contributor to me hating PE class and getting out of it as often as I possibly could.

My daughter is in public school and she has complained to me on a number of occasions that her school dress is restrictive. She says it stops her playing the games she wants to play at lunch time, it prevents her and her female friends from sitting comfortably on the floor and even being able to raise their hands in class as their dresses rise up.

My daughter (Yr 4) is already asking “how am I supposed to do cartwheels at high school if I have to wear a dress?”

My daughter rode her bike to school right through term 1 of year 7, then gave up after the first day of trying to ride her bike in the kilt that was her required winter uniform.

Girls getting into trouble and receiving detention

In many communications, women relayed the punishment they received at school when they refused to play by the rules and wear skirts or dresses. Additionally, parents have recounted to us the often hostile phone calls they receive from school when their daughters come to school “out of uniform”.

I wore my track pants under my skirt everyday in winter as a protest and got lots of detentions but refused to take them off.

I used to be in the office daily for not wearing a skirt to high school. The skirt made me highly uncomfortable but it didn’t matter… still got in trouble for it.

Girls getting detention for wearing pants is still happening in high schools in 2016. Very frustrating!

I brought my daughter the ‘boys’ shorts last year. The girls shorts were about $40 more expensive and, like the skirt, and awful cut. Within half an hour I got a call about her being out of uniform!

I was called from the year coordinator and told that the teacher spoke to my daughter and she told her the note [from me about being in sports instead of formal uniform] wasn’t an acceptable excuse. I was told my personal circumstance wasn’t an excuse for not abiding by the policy and if I wasn’t to comply with it there was always [another State High School]. I didn’t get many words in as she didn’t draw breath when she unleashed at me. 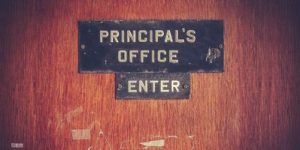 A theme that reoccurs often in our interactions with parents is the sense that they are ignored by their child’s school principal and P&C when they raise the issue of adding shorts and pants for girls. Even teachers, who one could argue may feel they have more power in the school environment, report being ignored on this issue.

I think I might raise this again this year. Pretty sure the school will ignore me.

In 2016, I made a submission to my local private school (where my girls attend) to see this very change. I am still waiting to hear back from them. I will be following up on my submission when school resumes this year (2017).

We’re trying to make this change at my daughter’s school. We are getting a lot of resistance with our little campaign. In particular we have internal resistance within the P&C Executive. It’s definitely getting weird, people who previously spoke to us are now blanking me and my husband at school. I just hope nothing filters down to our daughter. I have to keep reminding myself that I haven’t done anything wrong.

I am a secondary school teacher and have been bringing this fight to the administration of every school I’ve worked at … interestingly it has only been the last 5-8 years that schools have begun to seriously address and create policy that states girls ‘have’ to wear skirts as uniform and some schools go as far as stating they cannot wear shorts! It’s discrimination based on sex and it needs to stop!

I remember having the most ridiculous argument with a certain principal about it. It would have been more productive bashing my head against a brick wall. At my new school (I’m a teacher) a total non-issue. No prizes for guessing which school has happier students?

When shorts and long pants are offered, they are embraced

Our school has changed the uniform, girls have a dress, skirt, unisex shorts and tracksuit pants option. Is wonderful as my daughter now doesn’t ‘do’ dresses, ever, and is opting for shorts so she can do sports properly.

I remember when I was in high school in the 70s and they allowed girls to wear trousers. I was so happy.

What these comments make clear is that girls have been fighting for decades to be allowed to wear shorts and long pants to school. Resistance by schools to what is a simple and acceptable request by many girls leads one to wonder why schools refuse to hear female voices on this issue.

Who is hurt when we allow girls to wear shorts and pants to school? Why are we forcing girls and women to fight this fight over decades? For how long are we going to allow our education system to reinforce to girls that what they want does not matter?

When girls and women stand up as individuals, it seems that schools find us easier to ignore. When we come together as a collective however, we are much harder to silence.

The different members of Girls’ Uniform Agenda have joined forces to speak loudly and continually on this issue. We know that when those of you out there, who agree that girls should be offered shorts and pants as part of their everyday school uniform, stand up and speak out alongside us, we will see real change.

Take this issue to your school leadership team, and gather support from other supportive parents around you. To get resources to help you with this, go to our website. Add your voice to more than 20,000 others by signing our petition, and stay in the loop with developments by liking our Facebook page.

To contact us to find out what else you can do to help, email us at enquiries@girlsuniformagenda.org. Let’s get this done, so that we don’t see many more decades of girls being silenced by the lie that no-one has ever asked before.