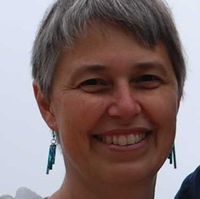 My name is Claire Lentz and I am the mother of two daughters (aged 12 and 14 years), one step-daughter (aged 12 years) and one son (aged 17). I care about school uniforms.

Girls’ uniforms were dresses, skirts and blouses, and no exceptions were possible. I have many memories of being teased by boys, trying to look up our skirts or running past and flicking them up, chanting “I can see your undies” and other similar taunts. At primary school we avoided the climbing frames. Later they would snap our bra straps too. None of that was remotely pleasant and all of it was demeaning.

At high school we fortunately had the option of wearing a smart school tracksuit in winter and I practically lived in it, as it was the only uniform I felt comfortable in. In addition, skirts in winter were very cold and most girls had purple legs covered in goosebumps, especially if one rode a bike to school on a winter morning.

Unfortunately our summer uniform was a dress with a low-cut neckline, which meant that we all learned very quickly to hold our hands across our chests if we leaned forwards. We all used to joke that if we leant forwards without doing that one could see “everything down to our socks”. For years after leaving school I would unconsciously place my hand on my chest whenever leaning forwards.

I think the uniforms played a large role in teaching us to sit quietly (and carefully), even at lunch break. After all, in the era which most school uniforms reflect – the late 19th/early 20th century, clothing was one of the tools used to make girls into demure young ladies, who always sat and walked carefully, who held themselves upright and who never ever ran around. Society has moved on, yet most school uniforms have not.

It is frustrating to realise that very little has changed today. In primary school my daughters could wear skorts, which largely solved many of the problems of skirts and dresses. Despite being quite feminine and initially loving the school-dresses, it was interesting to me that very quickly both of my daughters in turn stopped wearing the dresses and always wore the skorts. I am sure that they encountered many of the same problems that I had at school.

At high school there are no real options for girls other than the skirts. Whilst I recognise that my girls could choose to wear the boys’ shorts if they wished, I am quite sure that the level of teasing, odd looks and whispering behind hands that would accompany such a choice makes it not really a choice at all.

Girls’ shorts, pants and smart school tracksuits, such as I wore at high school would go some way towards redressing some of these issues. I also notice that my daughters have similar issues with the neckline, as I had, and they have complained of it to me.

I know that students who ride bikes to and from school have all these problems and more – skirts are difficult to manage, uncomfortable and cold on a bicycle. Trousers for women first became acceptable dress in our society in the 1920s when women started riding bicycles in large numbers. Almost 100 years on, I think we could learn from that!

Personally I think gender-neutral uniforms would be the ideal. In our modern society gender-neutral uniforms have entered most professions requiring a uniform – e.g. nurses and police. It is widely accepted that trousers are more practical for people in most situations. The idea that girls prefer to wear skirts is out-dated – look at the dress choices on free dress days. Similarly, very few girls want plunging necklines that expose them when they lean forwards.

Teenagers are extremely self-conscious and uniform hassles only add to social anxiety. When one is concerned about being physically exposed and feeling vulnerable (not to mention cold) it is impossible to focus and learn well. This means that we are adding an extra hurdle before the learning even starts.

Uniforms need to be first and foremost practical. They need to keep students warm, be comfortable and support their ability to focus on their learning. The idea would surely be that wearing a uniform is more practical for children than wearing free dress – right now however the reverse situation is true!

Beyond that, it is destructive to enforce such rigid divisions between “boys” and “girls” – distinctions that modern medicine and psychology tells us are far less distinct. In a society which tries to be accepting of difference and the spectrum of human experience, why do we still enforce these gender-based distinctions? Do we still believe that only boys wear shorts? Visit any playground outside of a school yard to see that belief crumble.

So let’s bring uniforms out of the 19th century and have them reflect our modern understanding and social behaviours! After all, no school wants to be held responsible for subverting a student’s capacity to learn or causing psychological harm, quite the opposite, I would hope.