It’s no secret that the so-called ‘pink tax’ pushes up the price of many everyday household goods. But what might surprise you is that isn’t exclusive to the items the you would find in the stationery or toiletry aisles.

It’s being seen in school uniform shops around the country and parents of girls are copping it.

According to Dr Amanda Mergler, co-founder of Girls’ Uniform Agenda, the group’s preliminary research shows there is a clear discrepancy between the price of girls’ uniforms and the price of boys’ uniforms in many Australian co-ed schools.

“Parents with girls will end up forking out quite a lot more for their uniform than the parents of boys will,” said Dr Mergler. 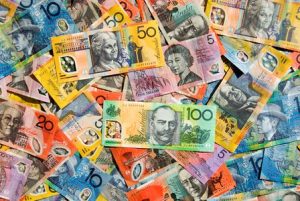 It’s high school where it hurts

In primary schools it’s less of an issue because students generally wear the same or very similar things, she said. But things change when entering high school as girls are often required to wear dresses or skirts and tights, and those items of clothing are usually more expensive than pants and shorts.

Leanne Green, Executive Assistant to the Principal of Oakhill College, said the school was well aware of how uniforms are a significant expense to a lot of families, but pressed the kilts long stretching link to the school’s history and tradition.

“We are pinpointing the best possible price we can do with the provider and suppliers, but it needs to be kept in mind that the girls wear their kilts every day for two years.”

Interestingly, Green said the school has never had a female student, or a parent, request a pants option instead of the skirt.

[GUA comment – we hear this from schools all the time, even after we know that parents have asked for shorts and pants to be added. We simply do not believe that a school that refuses to allow girls to wear shorts or pants, in 2017, has not had this issue raised. If a school has never truly heard this from a student or parent before, I would suggest that students and parents must have limited avenues to communicate with the school, or feel too frightened to raise this issue for fear of repercussions]. 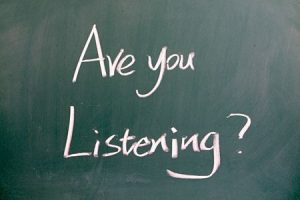 “Parents sign an enrolment application that forms the contract between the college as a provider and the parents as the partner in the provision of the service we are providing. That contract is legally enforceable on both sides.

[GUA comment – do you hear the subtext here? ‘You want to come to this school, then you will do what we say. If we want to discriminate against your daughter by forcing her to wear a kilt for no good reason other than because she is a girl, and we think it makes our school look better, then we will. This school is not here to serve your daughter and ensure she is comfortable while she is getting the best education she can. We are here to make money and look elite’. How many parents do you think would feel comfortable asking for shorts and pants for girls at this school?]

But we need girls to look pretty – right?

John Williamson, Managing Director of Williamson International, an Australian owned and operated school uniform supplier, said the main reason for the price gap is the costs associated with manufacturing skirts and dresses in the unique colours, prints and fabrics that schools request.

“What you do quite often find with boys’ uniforms is that the shirts and trousers are generic and can be used across many schools, so they are bought in bulk in many situations. On the other hand, the girls’ skirt is probably only worn at that particular school and is made in a particular colour or pattern, therefore they are made in smaller quantities – so that does have a big bearing on the price.”

Ultimately, schools want their distinctiveness, he said, and that should be taken into account in the gender-neutral uniform debate.

“They need to be individual, instead of them all going and buying off the rack garments that don’t look any different to the school down the road.”

[GUA comment – only the girls need to look individual, and it is via the way girls look that schools create their ‘distinctiveness’? The boys are free to look generic. I presume this is because what girls look like really is the most important thing about them. And if it costs parents of girls more to have their girls looking ‘right’, well so be it. That’s just the price you pay for having a girl].

CHOICE know this is an issue

Kate Browne, spokesperson for consumer group CHOICE, said she often hears arguments about female clothing being more complicated to make yet a lot of consumers are convinced that women’s clothing is “flimsier”.

“We know from other products that there can be a lot of difference between quality and price, and often not for any particularly good reason. So if it’s happening in other markets, it’s definitely happening in clothing too.”

She said the issue in measuring the price gap on school uniforms, like many other gendered products, is that “you’re not comparing apples for apples”.

“Manufacturers and marketers make it very difficult,” she said. “The industry definitely treats children like consumers and manipulates them just as much, if not more so, as the general population.”

“But overall, having two daughters, I’d be pretty confident to say I spend more money on their school uniform because of what the market offers, compared to say my sister-in-law who has two sons.”

While Dr Mergler accepts manufacturing costs may be higher for traditional girls’ uniforms, she’s not convinced it’s enough to justify the disparity. She sees this as a further reason for ensuring a gender-neutral uniform option for all.

Let’s advocate and make this stop

Girls’ Uniform Agenda is working with uniform suppliers to understand the price differences and asking them to be mindful of their responsibility to source similar priced uniform options for families.

“It saddens me that people buy those products but the responsibility shouldn’t rest with the consumer. We really need to have a look at why companies think it’s acceptable to manipulate people and create fake gendered products just so they can make more money.”

Dr Mergler said the gender price gap is not something that many people would be aware of, simply because they have never needed to compare the price of girls’ and boys’ uniforms. Girls’ Uniform Agenda is trying to spread the message about this potentially significant cost difference so more parents question how much they’re paying for their children’s uniforms – and whether there is a pink tax attached.

“I wrote a blogpost which I shared on our Facebook page which had something like 8000 views – so it’s been one of our most popular posts. I think that is indicative of the fact that when parents are aware they go, ‘holy s***, that’s not fair.”