Sisters are doing it for themselves, while Education Ministers do little

I would like to introduce you to Marlie. Marlie is not an Education Minster. She is however a powerful 8 year old girl who lives in South Australia and is in Grade 3. Marlie hates dresses, and has not chosen to wear one since she was 3 years old. At her Catholic primary school however, Marlie was required to wear a dress, in summer and in winter, just like all her female classmates. 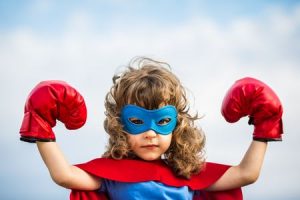 That was until Marlie made an appointment with her principal. In that meeting, she outlined why she doesn’t like dresses (she just doesn’t, and they restrict her ability to play at lunchtime), and told the principal that she doesn’t feel it is fair that she is forced to wear one. She asked if she could please wear shorts and long pants, like the boys in her class do.

Thankfully, Marlie’s principal said yes. Relived that she now had this option, Marlie chose to write to the school board, to ask that ALL girls in the school be allowed to wear shorts and long pants if they choose to. The school board is yet to make a decision, and while Marlie faced questions from some classmates like “why are you wearing the boys’ uniform?” when she initially made the change, she says she is now happier at school and enjoying playing freely at lunchtime.

Marlie is not an Education Minister, yet she managed to fight for the rights of girls and get her school to allow her to wear shorts and pants.

Way too many schools say no 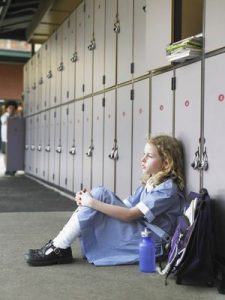 Currently in Australia, a large number of schools do not allow girls to wear shorts and long as their formal school uniform. Research I am undertaking is exploring the uniform policies of schools in the greater Brisbane area. Data collected so far indicates that while public primary schools are doing quite well, with only 10% requiring skirts and dresses for female students as everyday wear, private primary schools are less accommodating, with 36% requiring female students to wear skirts and dresses.

When we turn our attention to Brisbane secondary schools, the figures get much worse. In Brisbane, 70% of public secondary schools, and 100% of private secondary schools require female students to wear skirts or dresses, and often in winter require tights to be added, rather than long pants to be worn. When looking at the uniform options for boys in these same schools, every school offered boys long pants to wear, and all but a small handful allowed boys to wear shorts. While some schools had policies that listed all clothing options as available for both genders, most schools divided the uniform options along gender lines, and skirts and dresses were deemed girl only attire.

Why won’t Education Ministers step up, and do their jobs? 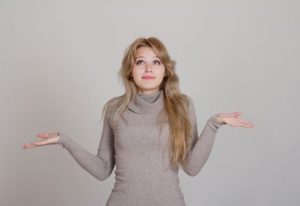 Recently, a mother lodged a complaint with the Anti-Discrimination Board of NSW against her daughter’s public primary school, whose uniform policy denied girls the right to wear shorts and pants to school. The mother was successful in her complaint, and the school has agreed to overhaul its uniform policy so that girls can choose from a range of suitable options.

While the Education Minister Rob Stokes commented that it was “bloody ridiculous” for schools to not provide gender-neutral options, he indicated that he would not change the state education department policy to mandate schools to provide these options. State governments across Australia do have student dress code policies and guidelines that point to choice for girls, or gender neutral options being important elements of school uniform policies.

Despite education ministers having these policies largely in place, and the authority to enforce them, they are reluctant to do so (with the exception of the WA minister, who has been excellent). Education ministers indicate that school uniform policies are best determined by school communities. When 70% of your state secondary schools are denying girls the right to wear shorts and pants however, surely the time has come to acknowledge that ministerial intervention is necessary.

Education ministers stand idly by while a good number of schools continue to enforce discriminatory uniform policies. In refusing to make shorts and pants for girls mandatory, education ministers leave the hard work of fighting for equity for girls up to individual families across the country.  They appear willing to let Marlie, an 8 year old girl who knows what she needs, fight for the rights of girls on their behalf. Shame on them.