Girls Have A Right to Education Free From Discrimination 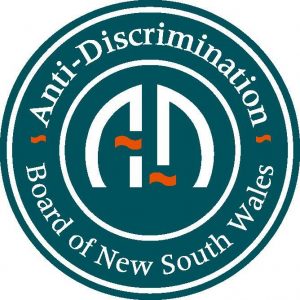 One parent’s fight, backed by the Anti-Discrimination Board, for her daughters’ rights to have the choice of wearing shorts and pants to school.  Missy M’s three daughters were very cold and uncomfortable in their dress uniform.  So, Missy asked the school principal if shorts and long pants for girls could be added to the uniform list.  Missy tells her story below:

“She [the principal] said no, just like that, a straight, flat out no! I then asked her to put the discussion of girls’ school uniforms to the P&C, as it needed to be discussed there. Again, the principal simply refused to do this. They told me that I would have to put in a conscientious objection to the uniform, and then my children could wear whatever they wanted.  I did this, and bought my girls plain pants, shorts and a shirt in the school colours.

Unfortunately, my children were then picked on by other kids, and some teachers, for not being in the correct uniform. Disappointed and angry, I rang the area manager for the NSW Department of Education and told him that my school principal was refusing to even consider adding shorts and pants for girls to the uniform options. I was told that each school sets their own uniform policy, and that I should raise the issue with the P&C! I appeared to be getting nowhere.”

Missy got in touch with the Anti-Discrimination Board of NSW and explained the situation.

“They rang me shortly after and said that it was a clear case of discrimination, and they advised me to take that information to the school.  I did. The Principal and the P&C were furious that I had taken it to the Anti-Discrimination Board of NSW as they felt I had gone too far and that I was sullying the school’s reputation.

After speaking to the school and informing them that their uniform policy was in breach of discrimination laws, the school decided to take a vote at the P&C meeting as to whether they would make changes to the uniform. The meeting was very unpleasant and it was made clear that I was not welcome. Despite the Anti-Discrimination Board stating that the current uniform was discriminatory, and the school having written evidence that this was the case from the Board, the school voted to keep the uniform as it currently was.”

Involving the Anti-Discrimination Board of NSW

Months on, one of Missy’s daughter’s was tired of being picked on and had gone back to wearing the school dress.  Missy went back to the Anti-Discrimination Board of NSW and lodged an official complaint. The Board put Missy in touch with PIAC (Public Interest Advocacy Centre) – a team of lawyers who do pro bono work for important social causes, who helped with filing the complaint.

“At the initial mediation held by the Anti-Discrimination Board, I sat with my lawyer from PIAC [you DO NOT need a lawyer to go down the anti-discrimination path, but it’s nice to have one] and across the table were the Area Manager from the Department of Education and their lawyer. The mediator from the Board asked me to speak first as I had lodged the complaint. I read a pre-prepared statement outlining why the school’s uniform policy was discriminatory against girls. I finished speaking and the Area Manager was asked to respond. He stated that he believed I was correct, it was discrimination and the school would be ordered to change its uniform policy!

I almost fell over! If they knew the uniform policy of the school was wrong, why didn’t they make them change it when I first called the Department of Education? Unfortunately, they just give you the brush off and hope you’ll go away, and it’s not until you push it that they’ll admit they are doing the wrong thing and fix it.”

“Unfortunately, the school dragged their feet and made my life pretty miserable for a while. I was met with overt hostility by the principal and P&C members. The school took a further 6 months to make the final changes to the uniform that were required to meet the agreement decided on at mediation. But in the end they did meet the requirements (although not in the required time limit) and girls at that school now have the choice of shorts and pants as every day school wear, and all students have a gender neutral uniform option available (shorts and polo shirt).

Right to Education Free from Discrimination

The process to get shorts and pants added for girls at this school was incredibly challenging but Missy persevered because it mattered to her girls and to other girls at the school.

“It was a challenging process to get shorts and pants added for girls at this school, and the bullying occurring from grown adults toward me, and from children to my children, was difficult to face. However, I refused to let bullies prevent my girls from having an education free from discrimination. We won, and it matters. Many girls in that school are more comfortable and confident every day because they can choose to wear short and pants.Around one quarter of the girls and the boys are now wearing the new/gender neutral uniform. I was very happy to see at the end of last year that one of the 2018 girl school leaders was wearing shorts when they announced she was a leader. It shows that girls will take the option up if it’s available, even if it’s not something they would have the courage to ask for.”