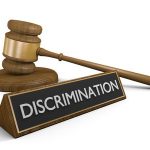 Girls’ Uniform Agenda are thrilled to read today that three young girls in America have successfully sued their public school for forcing them to wear skirts to school. A North Carolina Court in the USA ruled that it is unlawful for a public school to require girls to wear skirts.

The three students – aged 5, 10, and 14 – argued that wearing skirts restricted their movement, inhibited them in school situations such as playing at recess or sitting on the floor, and caused them to feel uncomfortably cold in the winter.

The Uniform Policy of the Kindergarten to Year 8 Charter Day public school requires girls to wear skirts, “skorts” (skirts with shorts attached underneath), or “jumpers” (a type of sleeveless dress worn over a blouse) to school, while requiring boys to wear pants or shorts. The policy requires that all skirts, skorts, or jumpers be “knee-length or longer.” Students are required to wear their gym uniforms to school one day per week. Those uniforms are gender neutral, including shorts and pants for both boys and girls.

Movement restrictions were shown to apply when the five year old was wearing a “skort” because the skort is bulky and awkward and because of the requirement that the skort be “knee length or longer,” which restricts physical movement regardless of the attached shorts underneath. In the cold weather, it is still necessary to wear tights under the skort, which results in uncomfortable bulkiness.

In addition, the 14 year old student argued that wearing the skirt restricts her mobility during the types of activities she commonly engages in during recess, such as playing sports or doing gymnastics. For example, she has refrained from doing cartwheels or flips when her friends who are boys are doing them during recess because she knew her skirt would fly up. A teacher reprimanded her when she was younger for doing a cartwheel while wearing a skort because the skirt portion flew up toward her head while she was upside down. She has stopped doing cartwheels or flips while in her school uniform ever since.

The legal complaint is very interesting reading, and can be accessed here:

We particularly liked this section:

“The Defendants’ (the school) discriminatory policies and practices have deprived and continue to threaten to deprive the Plaintiffs of the ability to move freely within their school environment and engage in educational programs and activities, including learning and recreational play, in the same manner as boys.

The Uniform Policy requiring girls to wear skirts has also subjected the Plaintiffs to sex stereotypes about what constitutes typical and appropriate behavior and conduct for girls. The requirement that girls wear skirts reinforces the notion that girls, but not boys, do—and must—behave and dress “modestly”; that they are—and should be—less physically active; and that they do—and should—behave and dress in a manner that is otherwise traditionally considered appropriately “feminine.”

Conversely, it reinforces the idea that boys are not—and should not be—overly concerned with modesty; that they are—and should be—free to be physically active; and that they do—and should—behave and dress in a manner that is otherwise traditionally considered appropriately “masculine.”” (pgs. 15/16).

What about chivalry and tradition?

Charter Day’s founder stated that the skirts requirement promoted “chivalry,” and “traditional values”. The school argued that the policy fosters “mutual respect between girls and boys.” However, the court rejected this argument, finding that there was no evidence that the policy furthered those goals or that the policy was consistent with community norms, observing that “Women (and girls) have, for at least several decades, routinely worn both pants and skirts in various settings, including professional settings and school settings. Females have been allowed to wear trousers or pants in all but the most formal or conservative settings since the 1970s.” The court also found that “…the skirts requirement causes the girls to suffer a burden the boys do not, simply because they are female.”

Why must it take a court ruling?

All students were represented by their mothers due to their young age. One of the mothers stated that:

“All I wanted was for my daughter and every other girl at school to have the option to wear pants so she could play outside, sit comfortably, and stay warm in the winter. We’re happy the court agrees, but it’s disappointing that it took a court order to force the school to accept the simple fact that, in 2019, girls should have the choice to wear pants.”

The families in this case were supported by The American Civil Liberties Union, the ACLU of North Carolina, and the law firm of Ellis & Winters LLP. Galen Sherwin, senior staff attorney at the ACLU’s Women’s Rights Project, stated that:

“Today’s ruling vindicates our young clients, who argued that the dress code policy was both outdated and discriminatory.  This policy reflected antiquated gender stereotypes, intentionally sending the message that girls are not equal to boys. Such discriminatory stereotypes risk following students throughout their lives, and should have no place in our public schools.”

Girls’ Uniform Agenda agree that schools should be institutions were equity is reinforced, not actively undermined. If your school is continuing to force girls into skirts and dresses, they can no longer pretend it is not a discriminatory and limiting practice. How long will it be before an Australian family takes a school to court?

A copy of the lawsuit is online here.