74% of voting Australians agree we should not allow religious schools to discriminate against LGBTIQ+ students.

Similarly, we should not allow religious schools to discriminate against girls. Currently, girls who attend religious, private and Independent schools are overwhelmingly forced to wear skirts and dresses to school. The option of shorts and pants is nowhere in sight.

Each state in Australia has its own Act that explicitly defines discrimination. While the wording may differ slightly, each of these Acts outlines that it is unlawful to treat someone less favourably based on their sex or gender identity (including sexual orientation). Crucially, each Act sets the parameters for what is considered discrimination, and what the public can lodge a complaint about and seek redress for.

While most states offer various exemptions to educational institutions, such as allowing an all-boys’ school to refuse to enroll a female student, exemptions offered to religious and Independent schools can be broad. We see this most alarmingly in the New South Wales Anti-Discrimination Act 1977.

The Anti-Discrimination Board of NSW is powerless 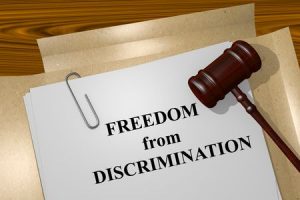 Not only is this absurd, it is also unjust. School girls in other states are able to lodge a complaint with their anti-discrimination commission or board, and seek redress. In Queensland for example, where exemptions for independent schools are less broad, the commission has upheld that private and religious schools’ refusal to allow schoolgirls to wear shorts and pants is discriminatory. These schools are now offering shorts and pants for all girls, and the discrimination has ceased.

Private school girls in NSW are not protected from discriminatory policies in their schools while those in public schools in NSW are protected. Due to a broad exemption written into the NSW Anti-Discrimination Act 1977, these girls are being denied their right to be treated fairly and equally in private and religious schools. Are we comfortable giving private and religious schools a free pass to discriminate against students? The outcry over their right to discriminate against LGTBIQ+ students shows that most of us are not.

Let’s do this once, and do it right

While the public are outraged that private and religious schools are exempt in legislation from the requirement to treat students equitably, our politicians appear to be too. Opposition Leader Bill Shorten recently said: “These laws are no longer appropriate, if indeed they ever were appropriate. It’s time our laws reflected the values we teach our children”.

We at Girls’ Uniform Agenda agree. While all schools are continually telling parents and students that they promote equality, and work toward the empowerment of female students, many of them continue to force girls to wear skirts and dresses to school, refusing them the option of shorts and pants. Private religious schools are the worst offenders.

Surely the time is right, while we are removing exemptions for religious and private schools in the Federal Sex Discrimination Act, to also remove private school exemptions in state-based anti-discrimination legislation?  We cannot say we believe in equality for all students, and the removal of a sectors’ right to discriminate, if we do not close all the loopholes that apply in state, territory and federal legislation. Let’s get this right the first time, so all children in Australia know that school will be a place where inequality is undone, not entrenched.