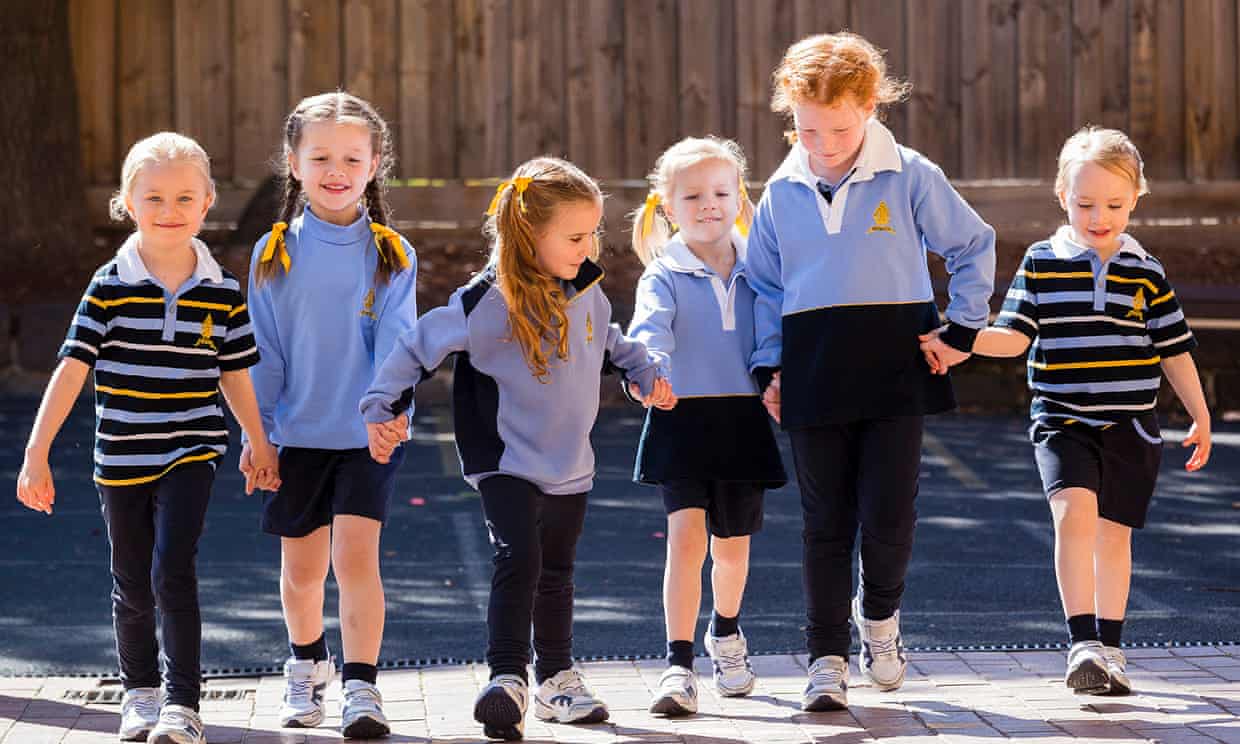 Presenter: Haha, the playground where kids get to run around, play games, burn off all the excess energy at recess and lunchtime.  That’s the idea anyway, but some schools are finding that’s not the case for every kid, especially girls feeling restricted by their uniforms.   That’s why one school at least, has decided to level the playing field for girls by modifying its uniform policy.  Elizabeth Rhodes, is a Principal of Lowther Hall Anglican Grammar School in Melbourne, she joins us now.  Welcome to RN Drive

Presenter: Your school has banned skirts and dresses for kinder, prep and year one students, so that’s the really young students

Principal, Elizabeth Rhodes: Well, we want our girls to be active.  We’ve got a lot of research and a lot of feedback from the girls themselves that it’s good for them to be able to be active during the day.  We have a curriculum that sees them not only going out to the playground to be moving around, but also engaging in PE classes, movement and expression classes, perceptual motor programs that break up their reading lessons and their maths lessons.  So, it’s impractical to have them in clothing that doesn’t facilitate easy movement in and out of those spaces.

Presenter: Tell me about this research, or what you as a Principal were observing in the playground, why was it restricting? I mean, you know, you can play in a dress can’t you?

Principal, Elizabeth Rhodes:  I think you can play in a dress, but if you want to turn yourself upside down on the monkey bars, or put your arms up over your head so you can learn to swing from one bar to  the other; you can have a level of self-consiousness that might be prohibitive.  So, we wanted to put the girls into clothing that would really facilitate them not thinking about how they were going to look or, what might be revealed.  Or even just to reinforce a stereotype that they should be sitting down and being nice…

Principal, Elizabeth Rhodes: Prim and proper.  We wanted them to be out there and active, and really developing those skills and dexterities that are going to stand them in good stead later on.

Presenter: So they’re for the young cohort, but older girls have the option of wearing the school dress or shorts or pants.  Is that right?

Presenter: Ok, so when you made the decision to tell parents about this and announce this new uniform policy, did you expect backlash, did you think of it as a controversial policy?

Principal, Elizabeth Rhodes:  Any change can be controversial.  On the whole, some people don’t like change, just because it’s something new.  So, we knew that we would need to be consultative.  But I think one of things that was easier about bringing in the change was that we had parents involved from the beginning.  So we put together a committee that had parents included on it.  And we also had girls on that committee.  And I think one thing that parents listen to, is the voices of their children and other young people.  And some of the things that they told us was pretty compelling and that I think makes it easier for parents to understand were the change was coming from, and they didn’t resist it.

Presenter: Have you noticed a difference in levels of activities among your girls since the policy took effect?

Principal, Elizabeth Rhodes:  Yeah, definitely!  We’ve also noticed that there’s no downtime, as they change out of a dress into say a sport uniform.  We’re able to now have them transitioning really seamlessly from a classroom learning environment into an active learning environment.  That’s been much better.  The girls are very happy in their pants and shorts and they tell us that they’re very comfortable.  Certainly what we observe of them in the playground is that they’re climbing, they’re swinging, they doing all sorts of things that perhaps before they were a little more reluctant to do.

Presenter: The national media has taken notice of your new uniform policy, you’re getting coverage, you’re on this show, have you had any interest from other schools?

Principal, Elizabeth Rhodes: Yes, it’s something that we discuss.  When principals meet together, we’re always talking about different ideas and ways to keep moving forward in a way that’s supporting of children’s development, things that will support physical, emotional and mental health, and certainly school uniforms is something that’s on the agenda for school principals to discuss

Presenter: Society’s thinking around sport and gender is really changing isn’t it, is that part of the story too for you as a principal, as a leader, are you thinking about those kinds of things when you’re making decisions like this?

Presenter:  So this decision has got a lot of attention, why?  It still staggers me that in 2018, something as simple as girls wearing shorts or pants is even a story? What’s going on?

Principal, Elizabeth Rhodes:  It is remarkable.  Once you make the change, I think you possibly think to yourself, why didn’t we do this long ago?  That was part of the impetus for the change.  We’re wanting to create women who are going to be ‘world-ready’, we want them to be girls who make an impact on the world.  It seemed silly that we had a uniform policy that didn’t support the role of women in contemporary society.  So that was part of what really led us to rethink the uniform.  To make sure that what we were asking our girls to wear, how we were asking them to present themselves, mirrored what we wanted for them later on, which was to be really active citizens, who are involved in every facet of life, whether that be sporting life or corporate life, to have those choices.