St Dominic’s Catholic School is a small school in Western Australia, with 65 of the 146 students being girls. Olivia and Josie were two of the young uniform activists that petitioned their school principal and won the right for girls to have the choice of wearing shorts as their everyday uniform.  They started back in 2017, when Josie was just 7 and Olivia, 8, and featured in our GUA Poster for International Day of the Girl Child.

Their Story in Their Words: By Olivia and Josie 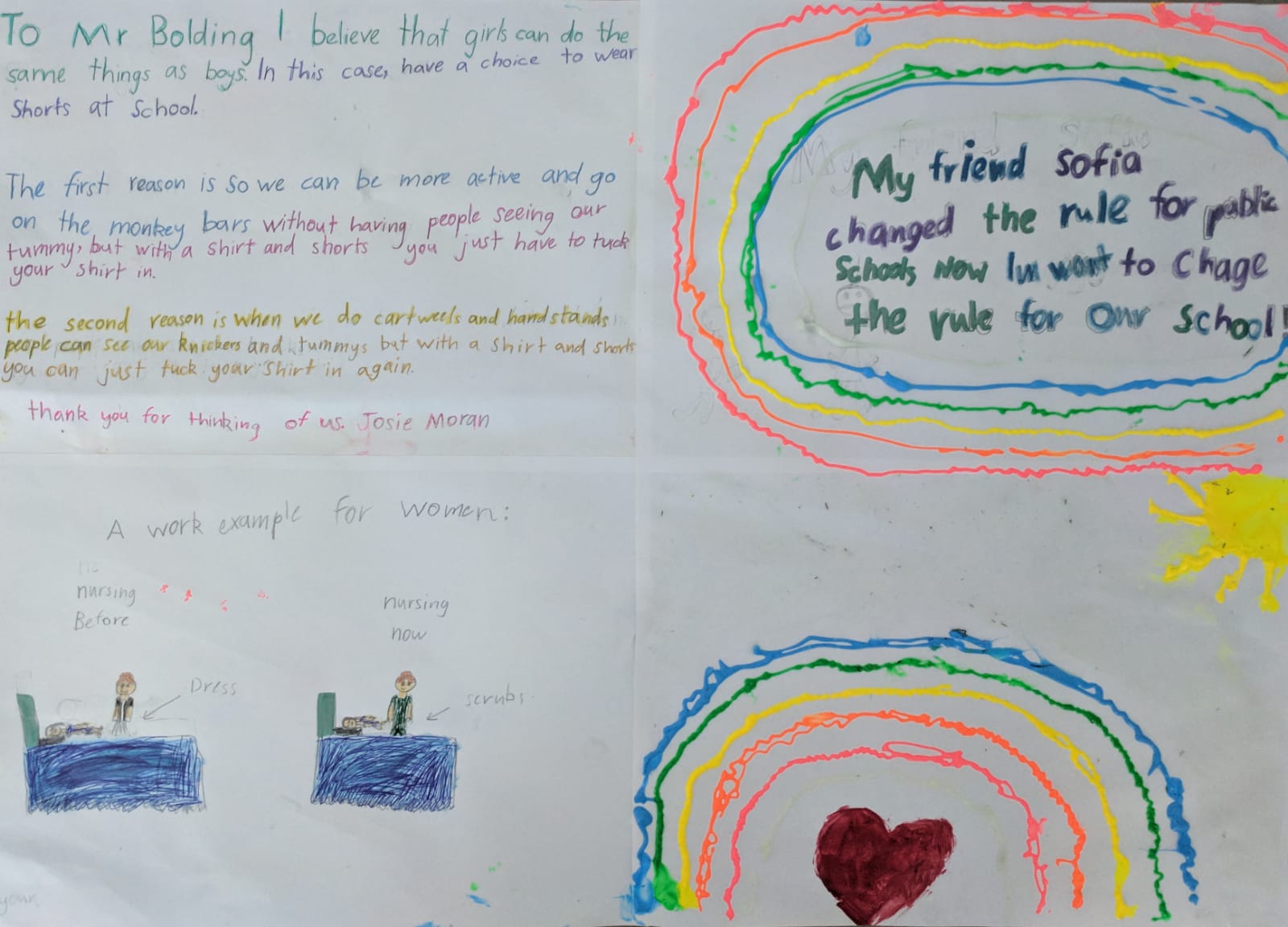 We go to St Dominic’s Catholic School and we did not have the choice to wear shorts. We got inspired by our friend Sofia Myhre [one of GUA’s Young Uniform Activists] for our school to also have shorts. We both made and signed a poster and we  gave it to our Principal, so he would have an idea of what us girls were feeling.  We thought it was time for a change because in Kindy we could wear anything, in Pre Primary everyone wore the same uniform; polo t-shirt and shorts but when we moved to Year 1 we suddenly had to wear dresses and skirts.

Shorts Are Better For Playing

At home girls enjoy playing in shorts and we think we should be able to have the same enjoyment at school. It is very hard to play around in a dress or skirt because people can see your underwear. We wanted to wear shorts at school so we could still do all the things we wanted to do at lunchtime, like cartwheels, climbing on top of the monkey bars and going on the flying fox without showing our knickers.

Also wearing skirts and dresses stop us moving so we can’t easily play soccer and run around. Girls want to have the freedom of not having to be careful if people see your undies or not. We think it is important to have the shorts comfortable because that is one of the reasons why girls would wear them. 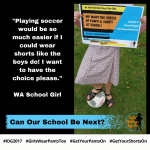 Our principal finally made a change and girls are starting to wear the new shorts but lots of Catholic schools have not made the change yet.

St Dom’s have done a fantastic job of listening to what the girls said they wanted.  They have shifted to a uniform that is comfortable, practical and stylish.  Girls want to wear, and are wearing the shorts.

Smaller schools face the issue of small order sizes and financial constraints; this can often mean that uniform shops do not stock the girls’ shorts and pants.

If we normalise shorts and pants as the uniform for everyone, with skirts and dresses as optional – maybe schools would more easily switch their uniform supply.  Shorts and pants need to be readily available for them to be a genuine choice for girls.

Olivia and Josie were so excited to wear their shorts to school for the first time.  All the girls that wanted to wear shorts are now wearing them.  For the older age group, year 4 and up, 40% are shorts wearers. 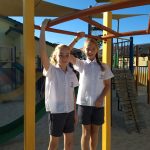 We know that lots of schools still have a strong skirt/dress-wearing culture for girls which is hard to shift. Classmates and parents still fixate on the girls’ uniform being the skirt and dress.  Both Olivia and Josie had girls ask on their first day wearing shorts, “Why are you wearing the boys’ uniform?”   As Josie says: “This is the girls’ uniform too!”

These two young uniform warriors are taking the change in their stride.  Olivia wears her shorts even though she’s the only one in her year to wear them so far.  But, it takes just one girl to bring about change. 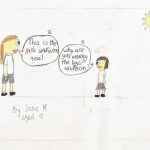