The GUA journey: where we have come from and where we are going

Where we have come from

When we started this journey of arguing that all girls in all schools should have shorts and pants as part of their every day uniform, we were often met with dismissal or outrage.  Early 2017 feels far away now, but there were educators, principals and parents ready to tear us apart when we dared to argue that a girl who felt more comfortable wearing shorts or pants to school, rather than a dress or skirt, should be allowed to.

At that time, there were only two Education Department policies across the eight states and territories that provided direction on school uniforms for girls to include shorts and pants across the majority of state schools in that state or territory (South Australia and the Australian Capital Territory). All other states and territories either did not make any mention of the need to allow choice for girls, or mentioned ‘gender-neutral’ choices but were not enforcing this expectation on the ground.

Where we are now 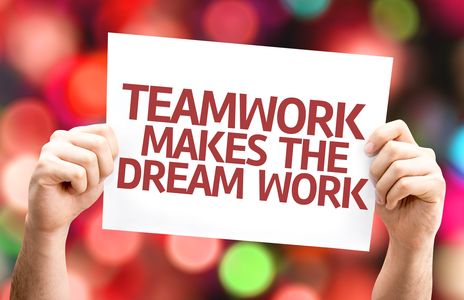 We are pleased to say that school yards across Australia today have many, many girls wearing shorts or pants to school. Thanks to our loud, proud and strategic advocacy, and every letter written, comment made, social media post shared, discussion had by every determined schoolgirl, parent and person across this country, every state and territory in Australia now has explicit acknowledgement in their Education Department School Uniform Policy of the need to offer girls choice. Many of these policy documents specifically articulate that shorts and pants must be included in this choice.

For example, the Queensland Student Dress Code states that, “Dress codes must provide uniform options, including shorts and pants, in all uniform categories for all students, regardless of gender”. Similarly, the New South Wales School Uniform Policy states that, “All students should have the opportunity to access the full range of school activities, including physical activities while wearing a school uniform, and girls must have the option to wear shorts and pants”.

Due to the explicit nature of these updated policy documents, we are now seeing a far greater number of state schools adding shorts and pants to their uniform options for girls. A larger number of girls are now wearing these options, and we expect the numbers to increase even further as wearing shorts and pants for girls becomes a normal part of the schooling experience.

While private schools have not been forced to make changes, as they are not required to follow Education Department policy, we have seen promising movement from a range of schools in both the Catholic and Independent sectors. In the Northern Territory, only five out of 25 private schools did not allow girls to wear shorts and/or pants when we looked in 2018.  After writing to each school and receiving overt support from the NT Independent Education Union, every one of these schools now has shorts and pants for girls.

Particularly in Victoria (but also in Western Australia), there have been a number of Independent schools overhaul their uniforms and add shorts and pants for girls in the new offering. Some schools have celebrated this addition for girls and welcomed media attention, articulating their willingness to move with the times and respond to the wishes of schoolgirls. We have welcomed these displays, and we have noted more Independent schools in 2019 and 2020 moving to change their uniform options to be more reflective of what girls want.

Unfortunately, we are still facing an uphill battle in some areas, with Queensland Independent schools being particularly resistant to change. Fortunately, we have been supporting families who are willing to take these schools to the Queensland Human Rights Commission (formerly the anti-discrimination commission), and we are seeing change happen this way. It is a time consuming and uncomfortable process for all concerned, but we will continue to work towards change, one school at a time, if we have to.

Where we are going

While fantastic progress has been made across the country in all areas, there is most definitely still work to be done. State schools are humming along nicely (with perhaps NSW still being overly challenging), and we are continuing our monitoring of this sector to ensure hard fought for changes are not rolled back. We continue to work with families from state schools where skorts are being passed off as shorts, and where the boys’ shorts are being presented as appropriate for girls. We will never let up until all girls in all state schools are offered appropriate choices that they want to wear. Please get in touch with us if you need support with your school.

The majority of our time and energy now is spent on creating change in the private sector. We do still come up against the argument that as families choose private schools, they should cop discrimination against their daughters on the chin. We like to reply that we choose our place of work and are not expected to endure discrimination there. Like adults in the private workplace, girls at private schools are entitled to have their basic human rights respected, and we will continue to hold decision-makers in private schools responsible for the discrimination they allow to continue while they enforce sexist uniform policies.

We are working with legal experts, human rights and anti-discrimination commissioners, and politicians to change the right of private schools to receive government funding and yet operate outside governmental legislation. In New South Wales, for example, private schools have a total exemption from complying with the anti-discrimination legislation when it comes to education. We believe this is wrong and that this exemption should be removed, particularly considering private schools in New South Wales (like all states) receive government funding. Surely a condition of taking public money (our tax dollars), is that these schools must follow the law and not discriminate against our daughters?

Clearly, this challenge is a large one which will take time and extraordinary amounts of effort.  If you are in any way able to support our work in this, or in any related area, we would love to hear from you.  Just as getting change in public schools required those in the community to get on board and pull together to create the outstanding successes we have seen, the same will be needed to change the private school sector